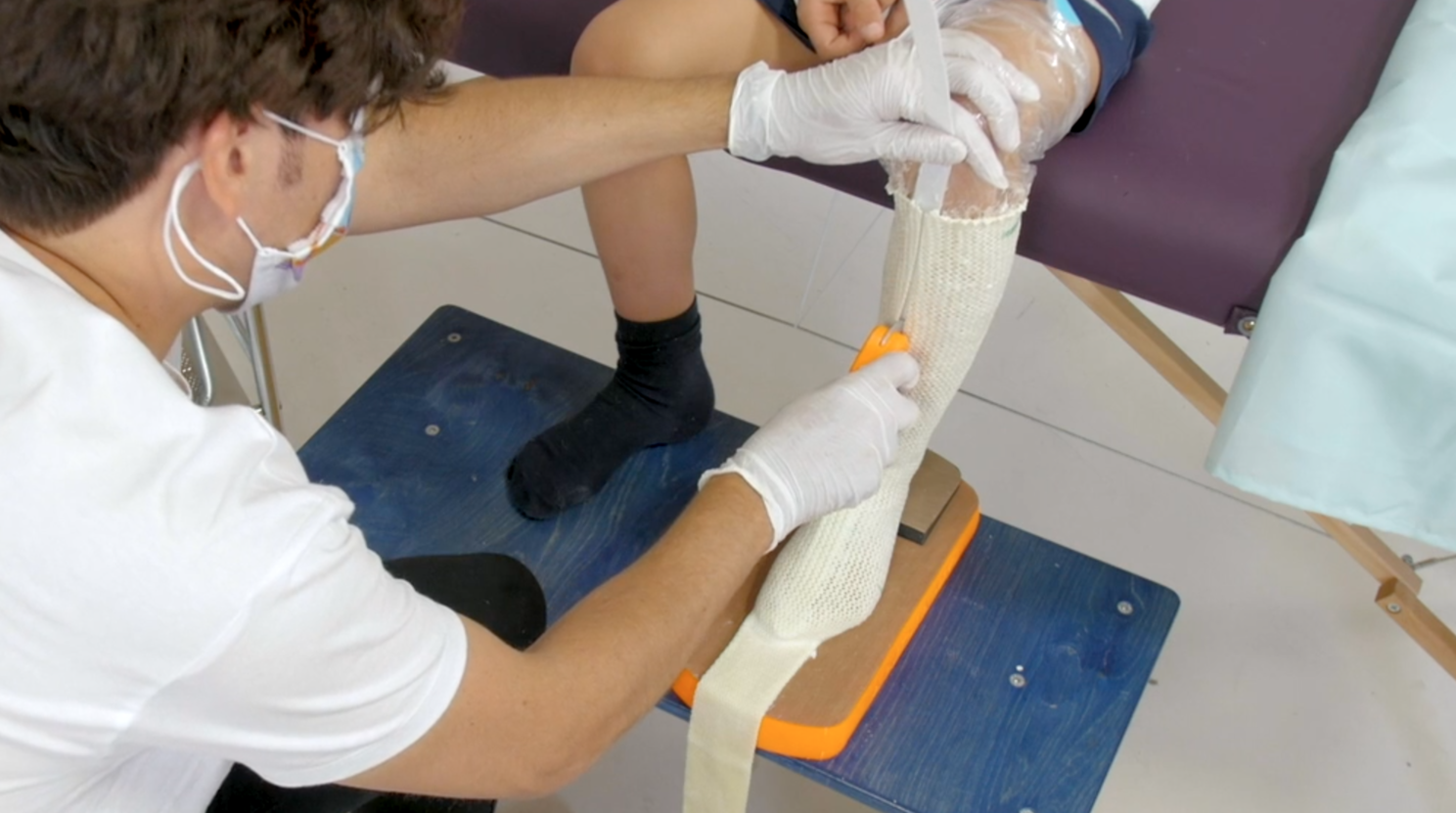 What can be learnt from a 3D Printing breakage

Like most children, Milo loves to play sport. His favourite game is soccer, but at one time, he had to spend a great deal of time watching from the sidelines. Having cerebral palsy means Milo wears an ankle-foot orthosis (or AFO), a brace designed to support the ankle and to hold the foot in the correct position.

Wearing a heavy, cumbersome ankle brace, it’s hardly surprising that Milo struggled to stay active on the pitch for extended periods without getting tired – but today, that’s all changed. Milo now has a new personalized and 3D-printed ankle brace from Boston-based healthcare technology company Andiamo that is thinner, lighter and fits comfortably inside his soccer boot, giving him the freedom to keep playing as long as he likes.

Andiamo set out in 2014 to build a platform that utilises artificial intelligence (AI), 3D scanning, simulation and 3D printing to deliver personalized braces to children with conditions such as cerebral palsy, spina bifida and scoliosis.

That’s the real driving force behind the company, says Andiamo co-founder and CEO Naveed Parvez, although even he concedes: “Sometimes we’re so focused on the shiny technical stuff, we miss the really important human stuff that these things have an impact on.”

Parvez speaks from personal experience. In 2003, following a difficult birth, his son Diamo was diagnosed with cerebral palsy. This caused severe developmental delay and required Diamo to wear multiple braces to support his limbs and posture, and assist with basic functions. Creating these braces was extremely stressful for the little boy and his family. 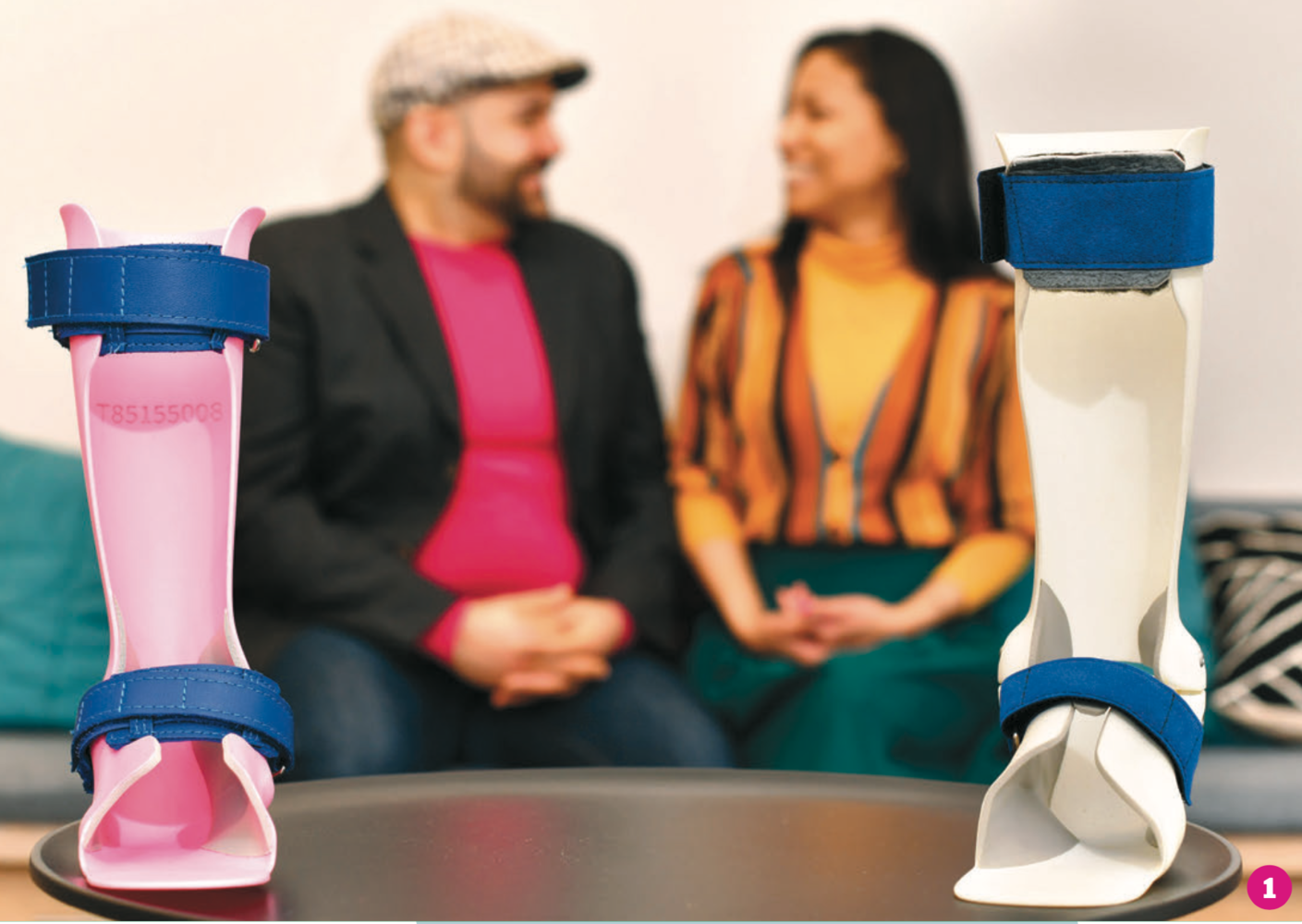 “Diamo hated the process of having to be pinned down and wrapped in cold, wet plaster, which is an awful process for anybody, but even more so for a child who’s non- communicative and doesn’t really understand what’s going on,” Parvez recalls.

“The plaster is then cut off and sent for fabrication, where the brace is hand-manufactured based on the plaster mould. The whole process took a long time and we had an ongoing problem where Diamo would have outgrown it by the time it arrived back.”

With his wife, Samiya, being Diamo’s full-time carer, Parvez resolved to find a better solution that would make life easier not only for Diamo, but also the whole family. He began looking into the potential of 3D printing and its promise to deliver mass customisation. In 2012, however, Diamo passed away very suddenly.

That same night, Naveed and Samiya registered their new company, with the aim of revolutionising the pediatric cerebral palsy market. They chose the name Andiamo, neatly combining their late son’s name with the Italian phrase for ‘Let’s go’.

Parvez admits that, at first, it was a crazy idea. Neither he nor Samiya had any experience of 3D printing a device – but their ambition went well beyond simply devising a technology solution to tackle a medical problem. Their goal was to understand the whole environment of the patient and use this information to help them deliver a solution that not only fit the child's body and was comfortable to wear on a daily basis, but also improved their quality of life and that of their family members.

After initial experience of printing they soon realized that simulating designs would be less costly than waiting for print breakages. Andiamo began building their simulation platform which would combine a great deal of clinical information about the individual patient with additional information about what’s happening in the field, using it to inform the design process.

Initially, Naveed’s initiative was to do some structured scientific learning around a very focused thing. He wanted to take the guesswork out of the process to find proof and evidence of how the device will behave. Lee Provoost, CTO says "By modelling the human body and then modelling the external structure of the brace, with all its stiffness and pre-tensioning, and then capturing the behaviour of the two together, we would be able to to predictably prevent designs that aren’t performing well and that cause bruising and discomfort.”

Andiamo’s vision was to develop a software platform that rapidly standardises the child's information and turns it into a file that could be 3D-printed. “The process can be divided into two parts. One is the generation of geometry, given the scanned data of the child. And the other is the generation of an efficient structure to represent that geometry,” explains Provoost.

“So our first engagement with Andiamo was focused on the process of bridging that gap effectively to take the scanned data from the child, together with Andiamo’s guidance and knowledge on translation of the child’s prescription, to create some structural requirements. So fairly quickly it becomes a structural design problem.”

He adds: “The missing piece in that is how the human body interacts with the conceptual structure initially through to the final structure. In the first instance, we worked on an ankle-brace and the problem there was defining some patient usage loads, converting an initial templatised geometry down into a parameterised structural model and putting those loads on the model and then deriving thickness distribution and reshape of that structure to fit the prescription for the child.”

In these early days of developing Andiamo’s workflow, there was also a lot of correlation work that needed to be performed to make sure what they were doing matched real-world data and, most importantly, that real-world measurements would equate to and correlate with personal experience. 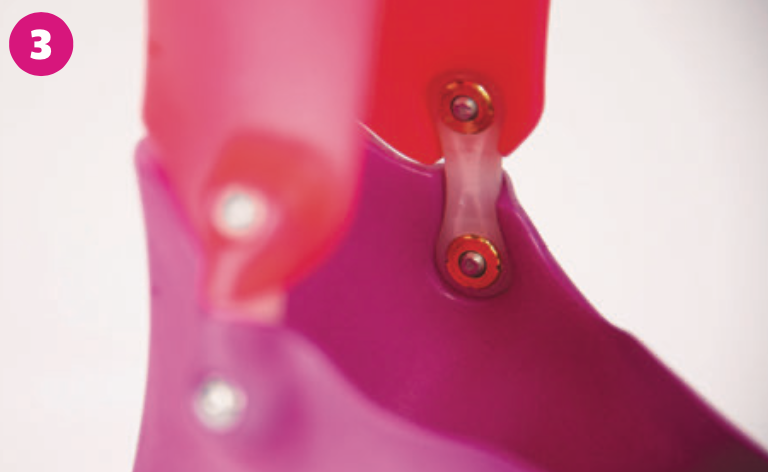 “So when something’s uncomfortable, what is the metric to understand that and have we correlated that against some real-world measurements? It’s how you define these ongoing monitoring exercises about how well the device is working out in the field. There was quite a lot of work involved in getting to that point,” says Provoost.

Once all that simulation is complete, the geometry is then optimised. Here, Andiamo uses a range of optimisation technologies, including topology and free-sizing optimisation, which defines thickness distribution, in order to introduce strength where it is needed and so create an optimal design for 3D printing.

While it might seem as though it would take a long time to perform all these simulations, Andiamo has developed an design automation workflow that takes just two hours from when the data enters the platform to when the 3D printed file emerges, and Provoost says that a real-time process is now on the horizon.

For the child, the process begins with a 30 minute assessment with the orthotist, where a digital prescription is completed on Andiamo's Avanti Cloud Platform. This includes the 3D scan data, taken from an Andiamo specially designed fabric sleeve called, a Huggee, which speeds up the , which takes about five minutes, as well as, where applicable, any photos and videos. This prescription then goes into this standardised platform where Andiamo’s treatment team of engineers and digital orthotists create a CAD model. This file is then transferred into the simulation platform which simulates and optimises the design to meet the necessary clinical requirements and child needs.

Two hours later, the clinician approves the design, using the Approve 3D function and the file is sent off for 3D printing. The additive manufacturing technology predominantly used is EOS powder bed SLS printers, which produce the orthosis in Nylon 11.

“At the moment, our average turnaround time from the beginning to end is 10 days and will be a week or less soon,” says Hugh Sheridan, Chief Commercial Officer. “We know that in theory, using current technology, that turnaround time could go down even more. So, at the moment, it’s not the design that becomes the problem. It’s the physical manufacturing that causes a blockage.”

When the brace arrives back from the bureau, the child comes in to have it fitted. So confident is Andiamo in its process that it guarantees a 100% first-time fit, so there’s no need for another appointment until the child outgrows the brace within 6-12 months.

Of course, the journey for Andiamo hasn’t been completely smooth. Developing this process and getting it up and running has come with challenges, particularly around the amount of material used in an brace

As Parvez says, clinicians didn’t realise initially how much difference saving just a few grams could make. “We want to make the device as light as possible, because every gram it’s heavier, it’s extra effort for the child. So we are dealing with quite fine tolerances between safety and really trying to enable them,” he says.

A particular incident illustrates this point well, which Parvez describes as a “beautiful failure”. Soccer-loving Milo actually broke his original brace, due to a fault that could be attributed to just 13 grams of powder. That’s how narrow the margin is between success and failure. 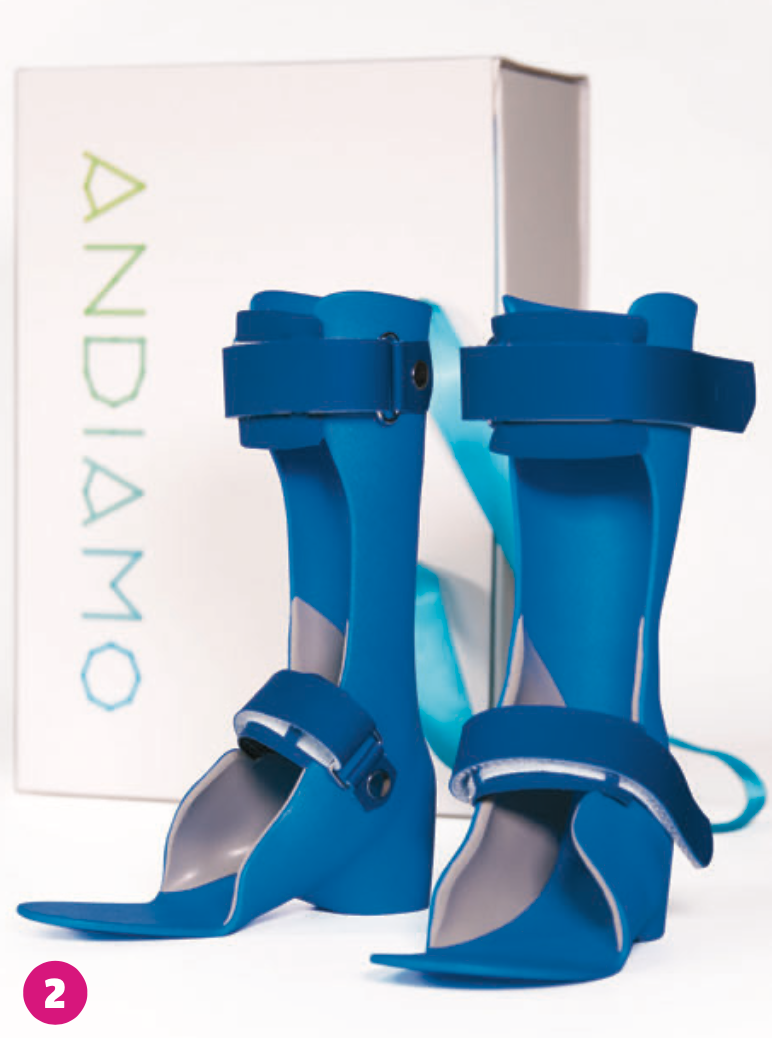 As Parvez explains: “Milo was part of our initial trials, and when we investigated what happened, we realised that it wasn’t the simulation model that was the problem. The design was fine and the parameters that we put into it were correct. The problem was the mental model of everybody involved in that decision.”

He continues: “We limited him. We assumed that he had a certain level and wouldn’t go above it, and at no point during that clinical assessment did we ask, ‘What if he exceeds our expectations?’ Of course, he did – by playing soccer. That information then fed back into our simulation platform to make sure that those metrics are included as part of the process.”

Andiamo is also now working on embedding sensors into its braces, in order to better understand their use by the wearer and how the design performs in the real world. This also opens up huge opportunities with tele-health, remote patient monitoring and remote therapeutic monitoring involving the families, physical therapists, occupational therapists and the wider cerebral palsy community

“ What we believe it will do is start to point towards better braces, better design and better intervention as well,” says Parvez.

“Right now, appointments are based on a ‘finger in the air’ estimate that helps with scheduling and reimbursement, but actually, there is a whole new model of healthcare out there that is possible when you combine all of this together.”

In January 2021, Andiamo opened an office in Boston, MA. The ambition now is to work with the US based Orthotists and make Andiamo treatments accessible to everyone in the Cerebral Palsy community.

Andiamo may have lofty goals of revolutionising the Cerebral Palsy market around the world, but it’s understanding the impact this could have on families, based on first-hand experience, that provides all the motivation this husband- and-wife team needs to keep going.

All professional fields are advancing, and the healthcare sector has e...

Meet the 14 companies launching out of the Entrepreneurs Roundtable Accelerator

Today, 14 new companies launched out of the Entrepreneurs Roundtable A...

Three ways to help siblings of children with disabilities

For many families, raising a child with a disability has challenges, n...